For sulfate, Xie et al. (2015) report two unique cases implicating an important role of NO2 in SO2 oxidation, from an intensive campaign conducted at SORPES in East China, showing distinctly different mechanisms of sulfate formation by NO2 and related nitrogen chemistry. The first case occurred in an episode of mineral dust mixed with anthropogenic pollutants and especially high concentrations of NOx (Figure 1). It reveals that NO2 played an important role, not only in surface catalytic reactions of SO2 but also in dust-induced photochemical heterogeneous reactions of NO2, which produced additional sources of OH radicals to promote new particle formation and growth. 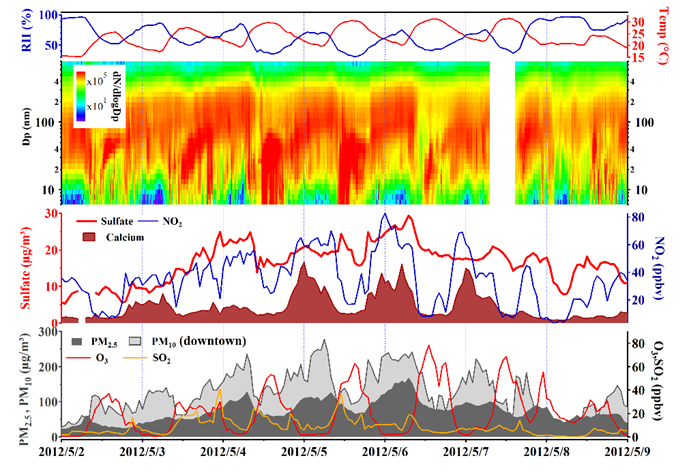