Station for Observing Regional Processes of the Earth System (SORPES), which was established in 2011 and operated long-termly, upgraded step-by-step in the past three years. Since the research foci of the secondary aerosol formation and its impact on weather/climate, we developed our observation from traditional parameters to a wide range that covered molecular level parameters to microphysics parameters. The other upgrade is the measurement of aerosol optical properties, with the focus on the aging processes of soot and black carbon particles. All these newly established parameters are measured at SORPES station long-termly. In addition, development of SORPES station, a 3-D measurement platform in the coastal regions of East China was established by JirLATEST and collaborators with the foundation of National Key R&D Program of China. 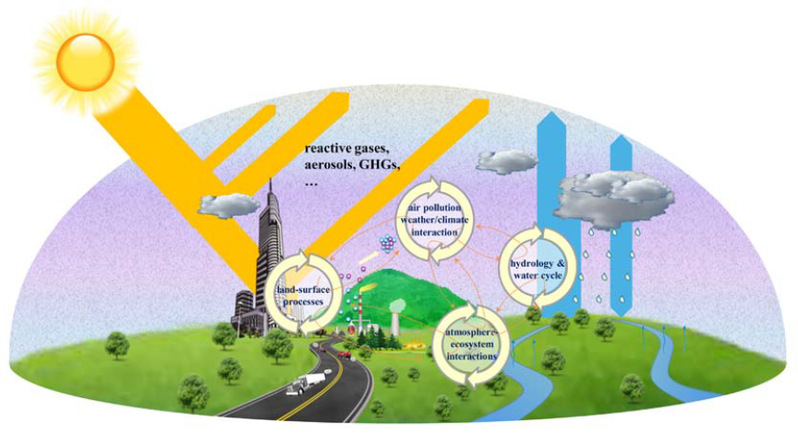 Figure 1.1 Concept and key scientific themes for the SORPES station. Note: The yellow and blue arrows show the radiative transfer of shortwave and long-wave radiation in the atmosphere, respectively.

The Station for Observing Regional Processes of the Earth System (SORPES) is a cross-disciplinary research and experiment platform developed by Nanjing University in collaboration with University of Helsinki. It was designed to be developed into a SMEAR (Station for Measuring Ecosystem-Atmosphere Relations) type “flagship” station. Compared to the boreal forest SMEAR II station in Finland, the SORPES station focuses more on the impact of human activities on the environmental and climate system in the rapidly urbanized and industrialized eastern China region under the influence of monsoon climate. The main scientific themes of the SORPES include land surface-atmosphere interactions, air pollution-weather/climate interactions, ecosystem-atmosphere interactions and hydrological cycle, as well as linkages between these associated processes (see Figure 1.1).

Figure 1.2 Design and layout of the mobile platform

Due to the ability to efficiently obtain observations at a high spatial resolution, a mobile platform (Figure 1.2) was designed and was built in 2016. By the mobile platform, we can primarily achieve three functions: (1) in situ and high-precision monitoring of the atmospheric aerosols and key gas pollutants, which include chemical composition, physical properties, and vertical profile; (2) real time data QA/QC, data analysis, data integration and storage; (3)a navigation platform based on Euler air quality forecast model (WRF-Chem) and Lagrangian traceability model (WRF-FLEXPART) for the real-time reverse tracing and prediction of air mass.

The mobile platform is a 13-meter long trailer towed by a truck, as shown in Figure 1.2. There are three working compartments including: (A) Control and data processing compartment, (B) Routine measurements compartment (extendable design) and, (C) mass spectrometry and Lidar compartment. 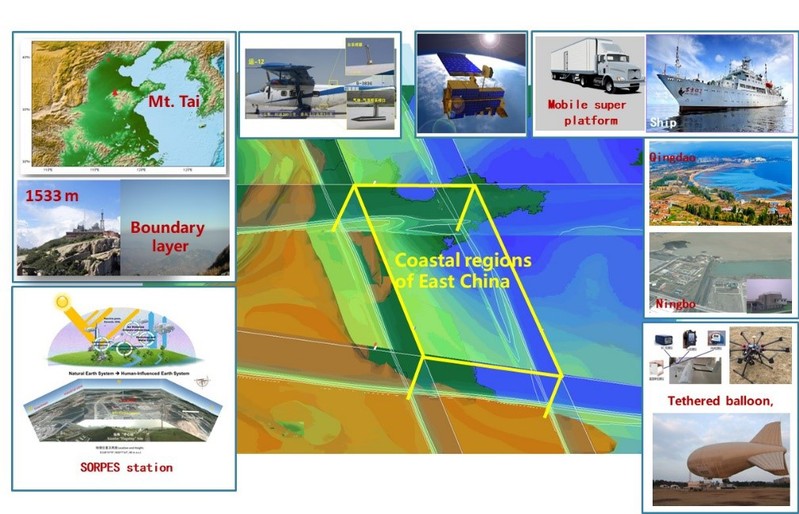 The integration of the observational platforms is under the frame of IMAPEC project (Integrated Multi-platform observation study for Air Pollution complex in East China) in National Key R&D Program of China. The IMAPEC project, leaded by Prof. Aijun Ding, targets to build a 3-D measurement platform in the coastal regions of East China to investigate the regional air pollution issues. Several campaigns under the frame of JirLATEST and IMAPEC projects were conducted in past three years.